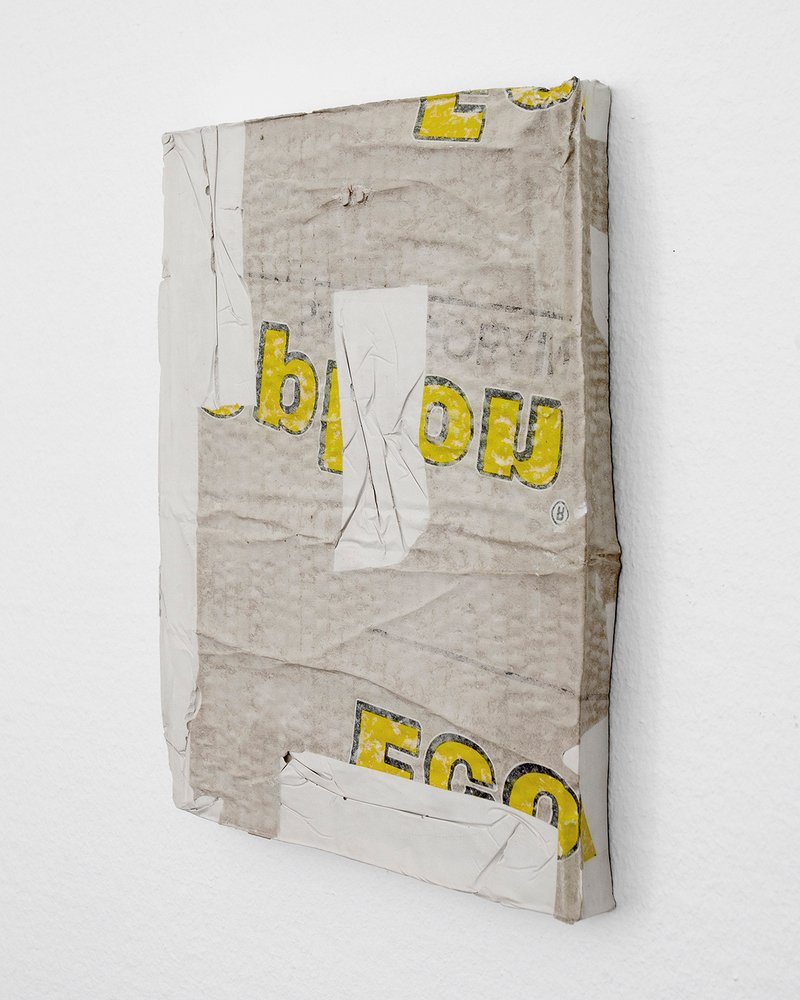 The finicky and time-fixated FedEx employee, Chuck Noland, managed to reach the shore of a deserted island following a plane crash in the Pacific Ocean. Here he spends four years of his life having to improvise a modern remake of the life of Robinson Crusoe. By collecting flotsam and developing an intense friendship with Wilson, the volleyball, he manages to make it back to civilisation. Chuck ’No Land’ has officially been resurrected as a human being, but society has long since filled out the void he left behind. Chuck goes from a life as a survivor to one of a living dead – a transparent voyeur in the world.

That is the plot in a feature film from 2000 whose title is shared by the exhibition in the second gallery space. The Harvard professor Svetlana Boym describes in The Future of Nostalgia how Hollywood often reverts to the story of aboriginal people in nature – in tandem with the emergence of computer-generated images. Since the release of Jurassic Park (1993) up to, and including, Avatar (2015), a post-apocalyptic pattern within technology and nostalgia has emerged in the American film industry.

With the spread of 3D printing, relief presentation has undergone a democratisation process. In theory, anything can be designed from home and given a manipulated spatiality. A tool with which to materialise not only our basic needs but also our longings. In the exhibition ‘Cast Away’, the five artists’ work form a fragmented anatomy. The material DNA of the works is industrial, digital, and organic. The artists have used steel, concrete, plaster, clay, paper, chewing gum, and cyberspace, respectively. A common feature shared by the works is a bodily memory that is visible or implied. Moreover, all contributions to the exhibition are based on existing models or ‘ready-mades’ – e.g. drawings, photos, or found objects.

In Simon Rasmussen’s work Floater (Not To Be Reproduced), the title refers to an optical phenomenon where small irregular spots, ‘floaters’, are suspended in the eye’s vitreous body, disrupting the field of vision. Where Rasmussen’s title refers to microscopic material, the work itself functions as a real obstruction of viewers’ ability to move freely about the gallery space. The 180 cm long 3D-printed exhibition bench in aerated concrete is self-contained and not designed for anyone to rest on. As an object, it has no function hence disregarding all design principles.As a work, however, it invites viewers to reflect on their own physical presence in relation to the room and the other works.

Whereas Rasmussen’s title refers to a visual disorder, Jean Marc Routhier’s work in the exhibition applies an optical illusion. With his characteristic laser-printing technique, Routhier creates a micro relief of toner dust on the paper, resulting, from a distance, in a figurative effect – a muzzy black smiley. Nevertheless, the face in Routhier’s work is a psychological trick of perception played by our brains. From nature, we are geared to instinctively creating familiar patterns in our surroundings – a practical measure for primeval people to spot eyes and faces of pursuers in hiding. Routhier’s laser-printed smiley is actually a xylographic reproduction of J.Th. Lundbye’s drawings from 1873. In the industrial A3 format, landscape and portrait fuse into a physical foreground and background between past and presence.

Jóhan Martin Christiansen’s plaster relief titled PAD is approximately the same size as an average face: 31 x 23 cm. If you place the work at eye level, your identity would, in theory, be concealed from the surroundings. In the Inuit culture, for example, the mask is a tool allowing the shaman to step into the world of spirits without being recognised. The title PAD refers to the English term for a flat, soft layer or a relief cushion. However, PAD is written in capitals, reminiscent of a digital world of screens and tablets – a world where you can also exist incognito. ‘Product (dis)placement’ would be an apt description of Christiansen’s work – the plaster cast was made from a piece of cardboard packaging material found in a waste container on a building site. The yellow repeated fragments of text form the word Ecophon; an insulating product used to optimise the acoustic environment in open-plan offices. It is a nice term for padding. In Christiansen’s work, the casing is also the content. PAD is an after-image, a materialised shadow that viewers themselves must try to grab hold of.

The drawing and the sculptural image originate from the shadow cast by a sleeping young man. The outline of the shadow was drawn by a woman, who wanted to keep him for herself. When he left, his shadow stayed behind on the wall and the silhouette was later transferred to a relief by the father of the woman: the potter Butades. So, according to Roman tradition, the originator of drawing was a woman. Lydia Hauge Sølvberg’s relief combines line and sculptural image. The hand-drawn surface of the work emerges and activates the gallery space. Tegnet øre (Drawn Ear) can readily be interpreted as a shorn-off sensory organ, listening and silent. But changing the stress when pronouncing the work title, Tegnet øre will suddenly take on a different semantic meaning.‘Tegnet’ (The Sign) becomes a symbol. Sølvberg’s ‘ear’ is now somewhere between figuration and grammatical punctuation and its shape recalls the characteristic curve of a question mark – a personified keystroke one can confide in.

In Wilhelm Jensen’s novel Gradiva from 1903, the protagonist Norbert Hanold is speaking to deaf ears. Hanold is a German archaeologist and, during a museum visit in Rome, he becomes obsessed with a classical relief representing a young woman walking, whom he names Gradiva. She appears to Hanold in a dream and he then embarks on a journey through Italy to find her. Wilhelm Jensen’s novel is unwittingly a description of a fictitious psychoanalytical case. Hence the novel (and therefore also the Gradiva relief) was examined with considerable interest by Sigmund Freud, who published an analysis of it. Freud even had a plaster cast of Gradiva hanging over the famous couch in his office in Vienna. Mia Line’s work is based on a copy of the relief located at Kurfürstenstraße in Berlin. Line has systematically photographed the relief and then made a digital 3D model of it, which she then, by using a CNC-machining process, has formed in jesmonite. To accompany this, she has created a Gradiva website which works as a fragmented view of the treatment of the female figure and the constant male gaze that she has been subjected to throughout history. In the digital space, Mia Line tries to add new layers of meaning to the interpretation of Gradiva – a revised female perspective on the mythological and objectified walking female figure. 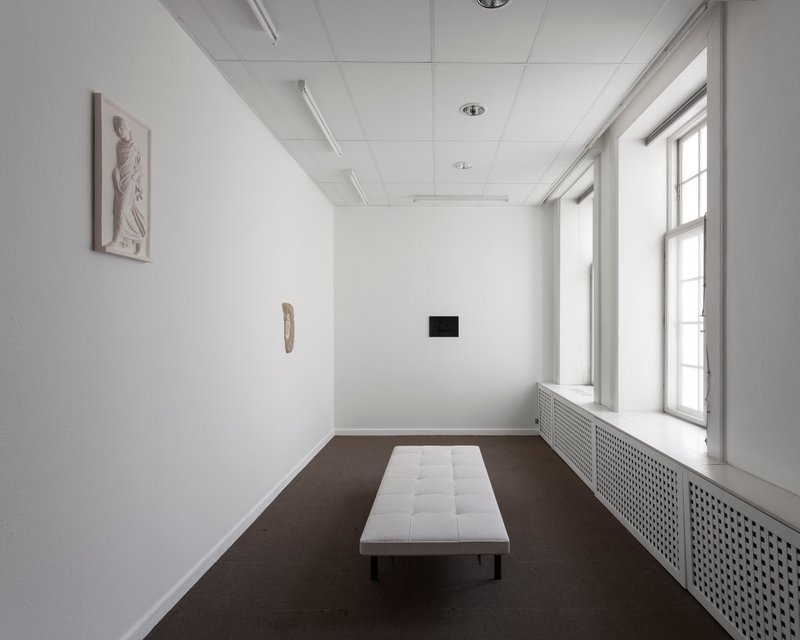 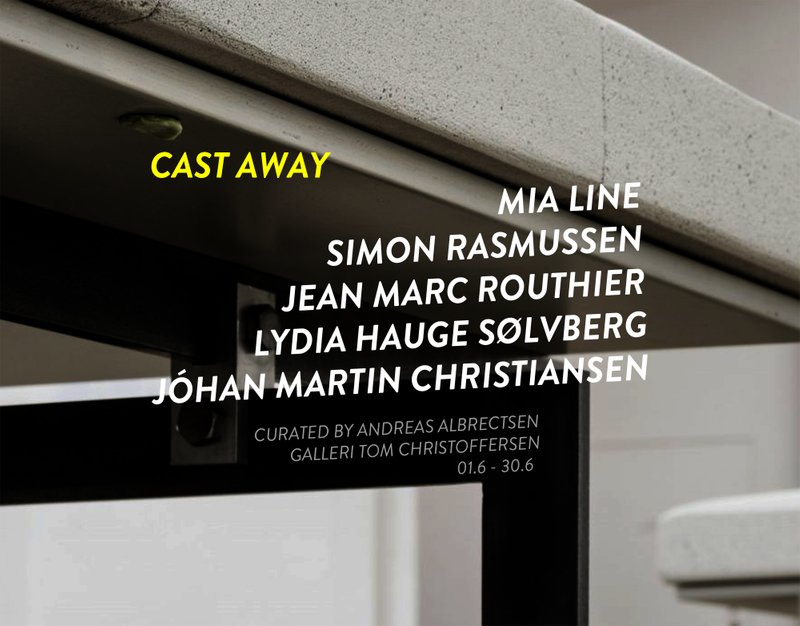