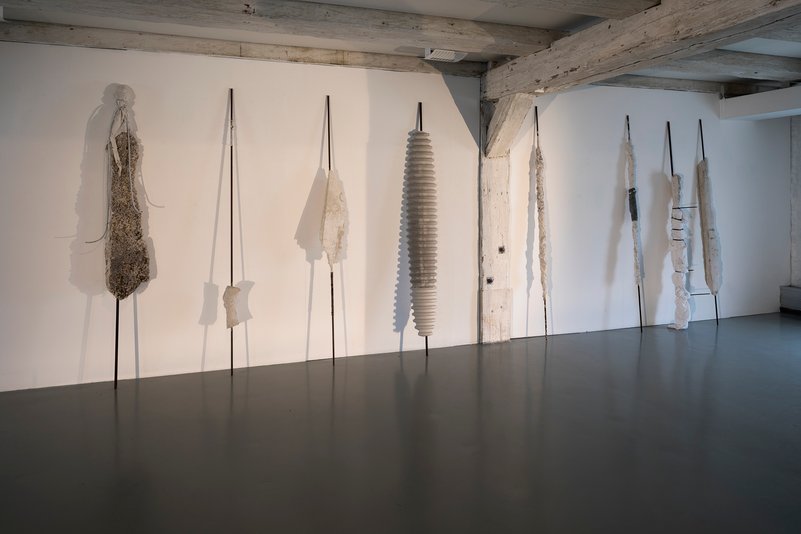 Anything that impacts the final result of a work – particularly the tiny details that finally reveal themselves in a work - bear witness to a broader context. I love that idea. JMC

The open title of the exhibition refers not only to the works presented in the exhibition, but also to their creation and the artist’s conviction that behind neglect and randomness lies beauty: in the chance traces and impressions created during the creative process.

The exhibition involves of three types of works: plaster/iron, fabric and video. They all bear direct traces of their genesis and the materials used. Jóhan Martin Christiansen strives to embed this physical, yet ephemeral reality in all his works. Hence, the casts become a kind of extraction of the surfaces of the materials used.

What fascinate Jóhan Martin Christiansen are the unpredictable elements in a work of art: everything that sneaks into a work during the working process without the artist’s conscious intentions. He believes that the unintended, abstract patterns and colour effects, which are not visible until the end of the creative process, add vital elements to the works. Ideally they appear as “traces” of something we had not seen.

Many works are large plaster plates, several metres high, cast in, and with traces of old cardboard boxes. Others were cast around the kind of iron girders that are used on building sites with ‘ornaments’ attached: for example, an old buoy, an ostrich feather or a cloth nappy. Many of them involve cotton cloths sewn together and dyed with tea, ink, cooking oil or red wine. They are suspended between the ceiling and the floor to form airy, sail-like installations, among which you can move around.

What the fabric, plaster and iron works have in common is the artist’s predilection for tactile qualities and the surface effects of the materials. Jóhan Martin Christiansen’s priority is to create sensuous surfaces that are entirely open for the associations and interpretations of each viewer.

The black-and-white video piece, Hidden Faces is a four-act drama, centred round a minimalist set design of cloth nappies sewn together and involving a cast of two dancers and a three-legged dog. The work can be seen as an abstract study of body movement and rhythm as narrative.

This exhibition is a reworking of the exhibition, TRACES, which was the result of an artist residency in Tórshavn at Listasavn Føroya (The National Gallery of the Faroe Islands) in autumn 2016. For TRACES at Nordatlantens Brygge in 2017 Jóhan Martin Christiansen has created and added a number of new works. 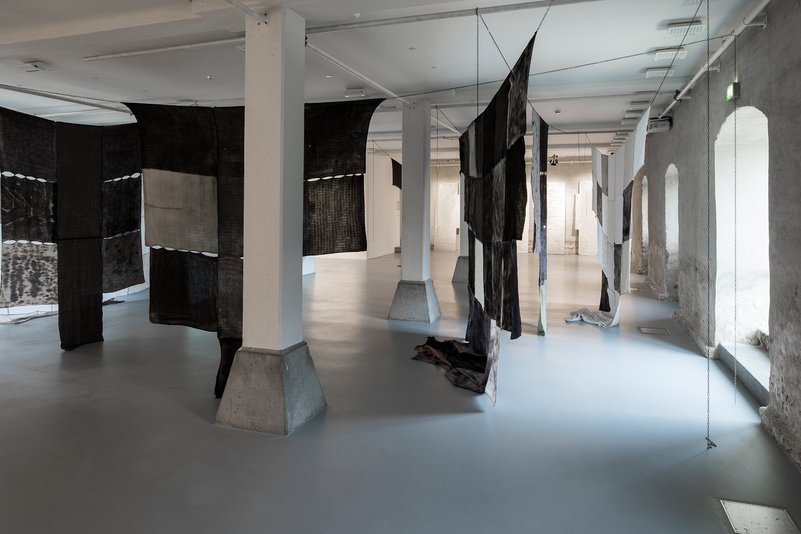 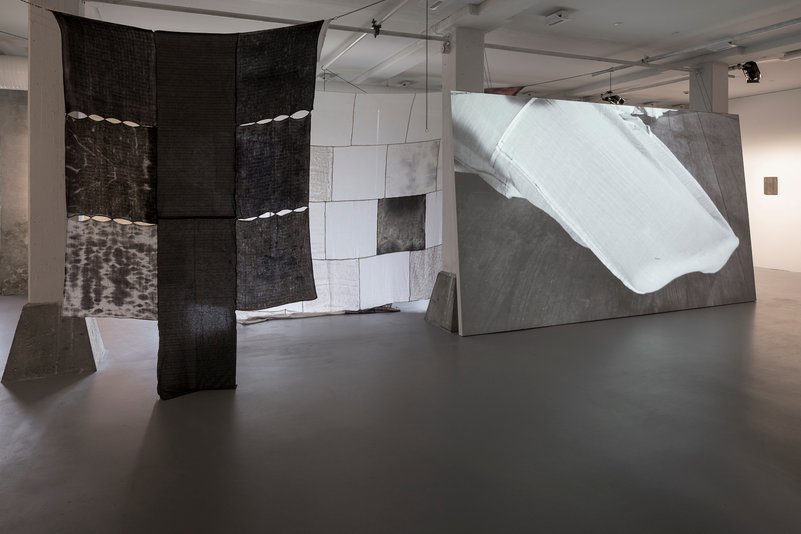 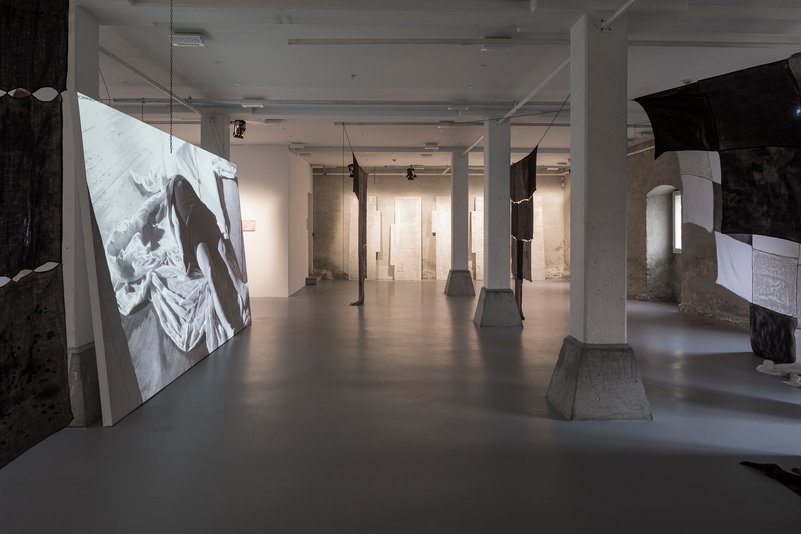 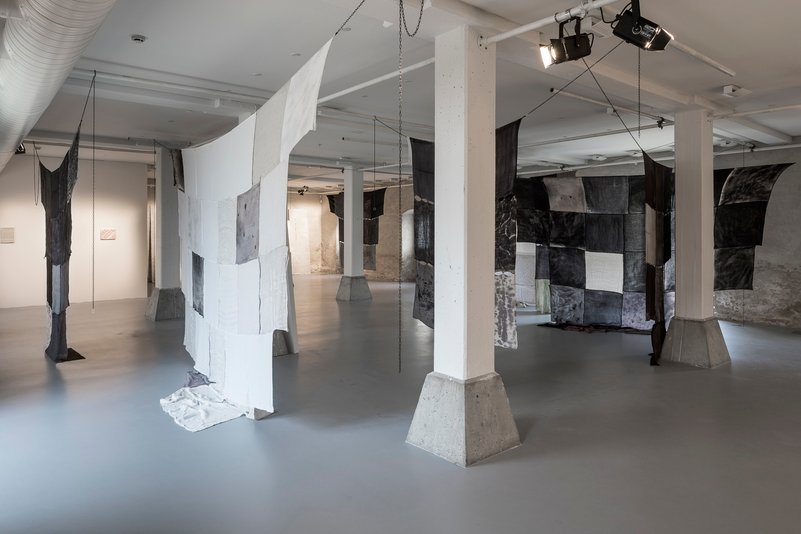 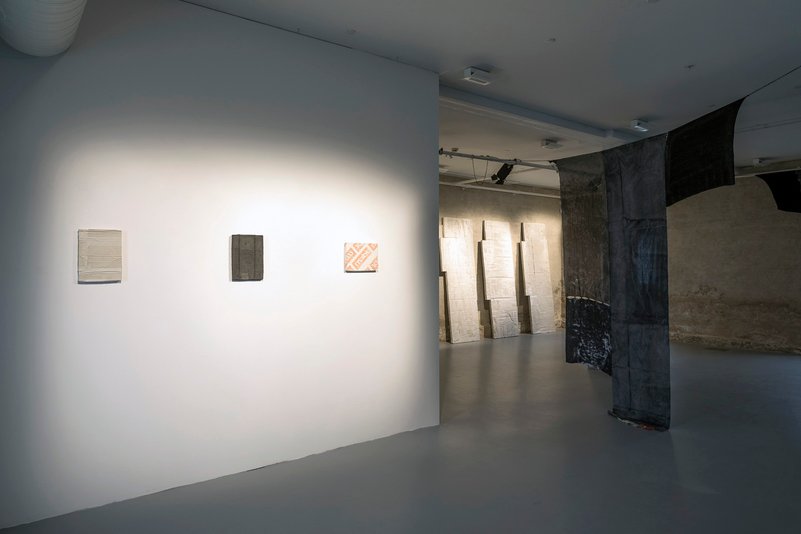 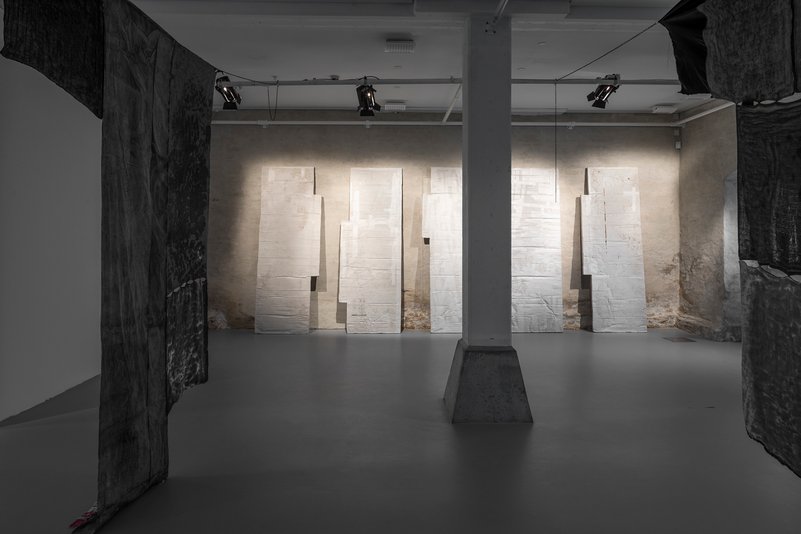 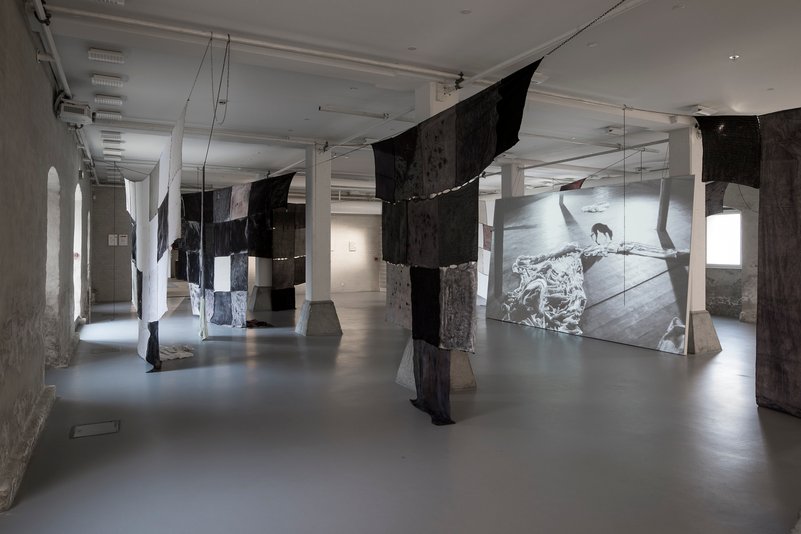 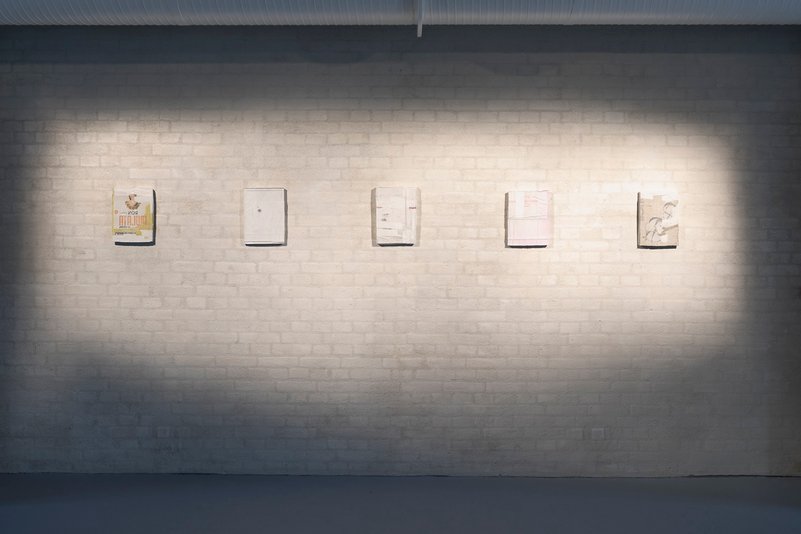 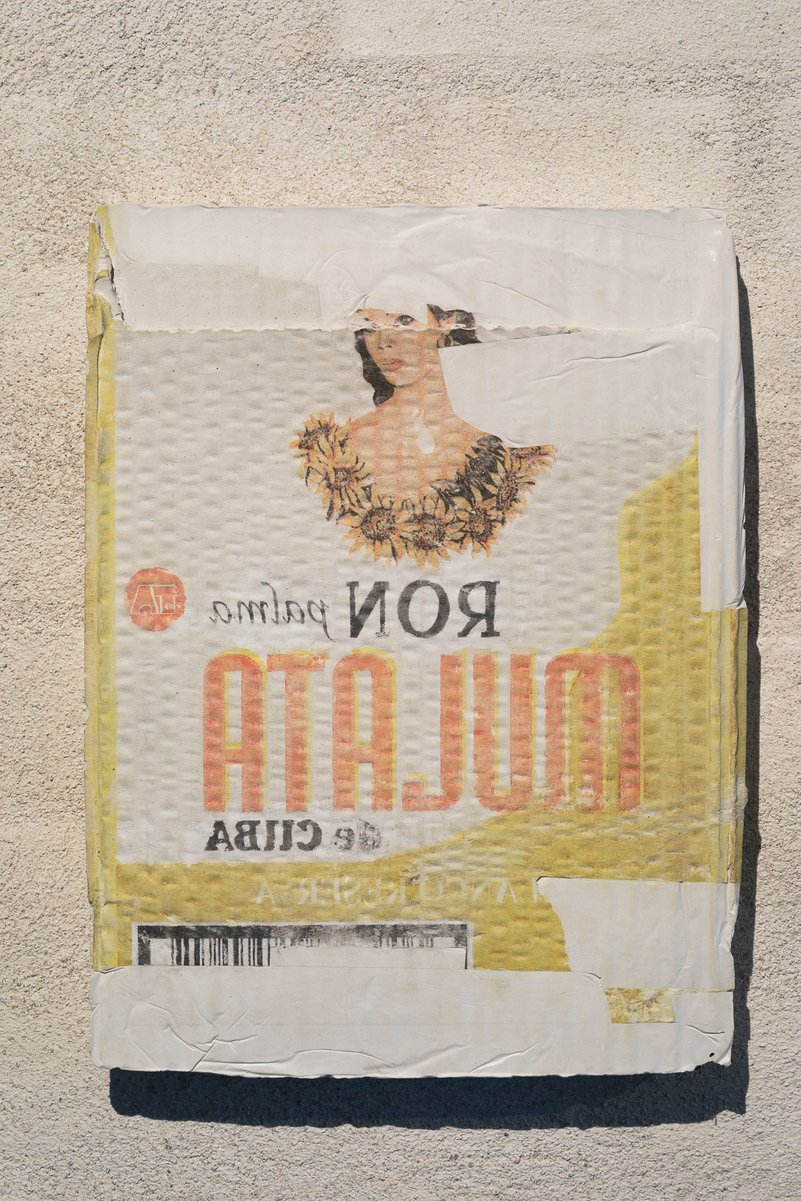 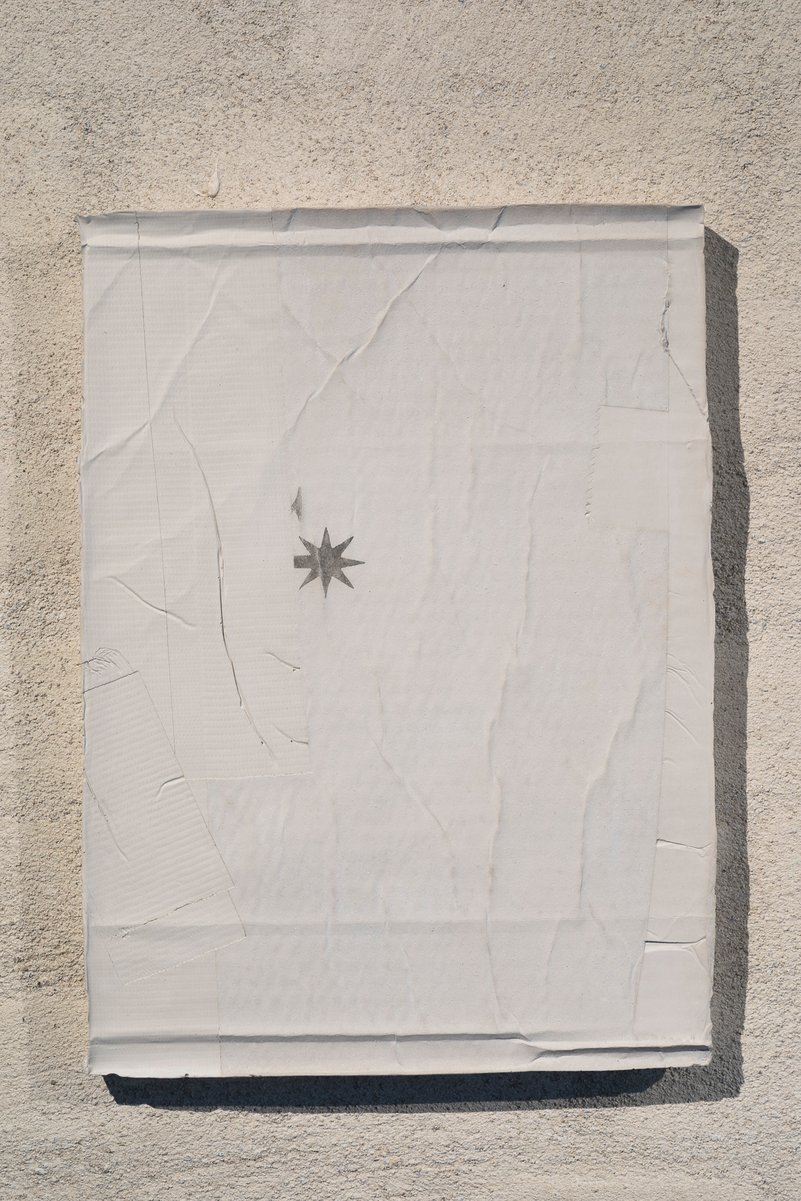 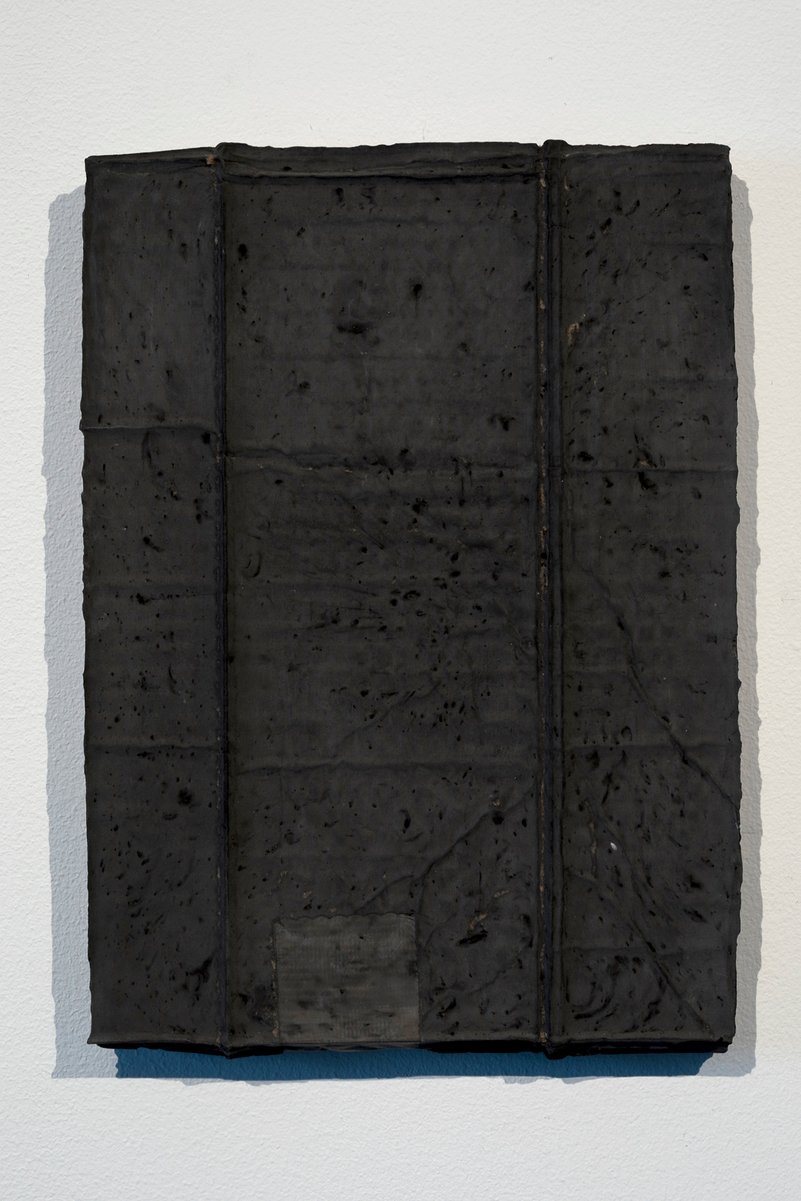 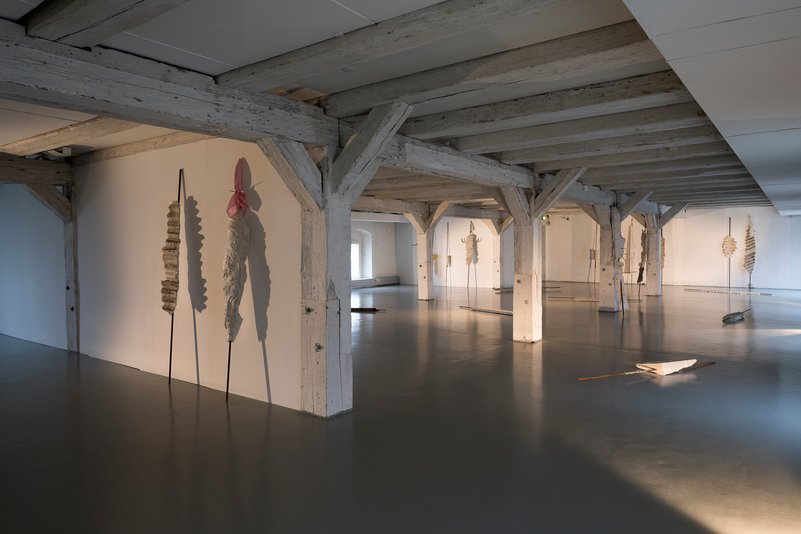 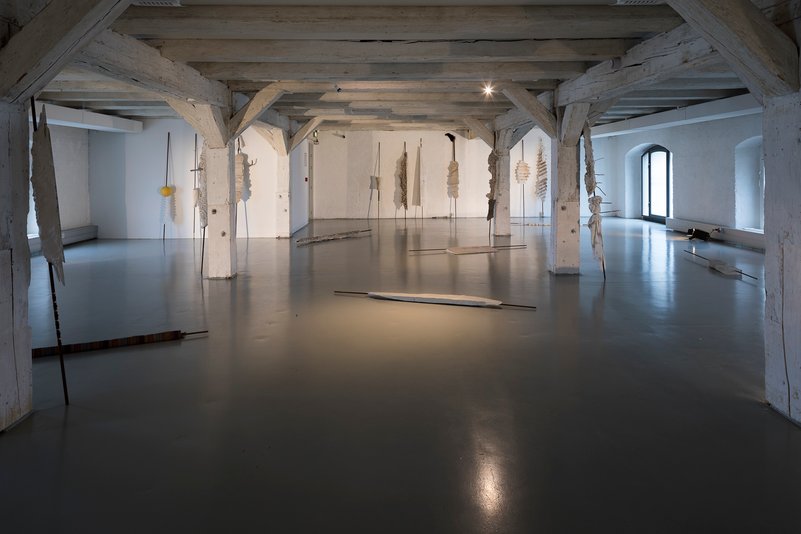 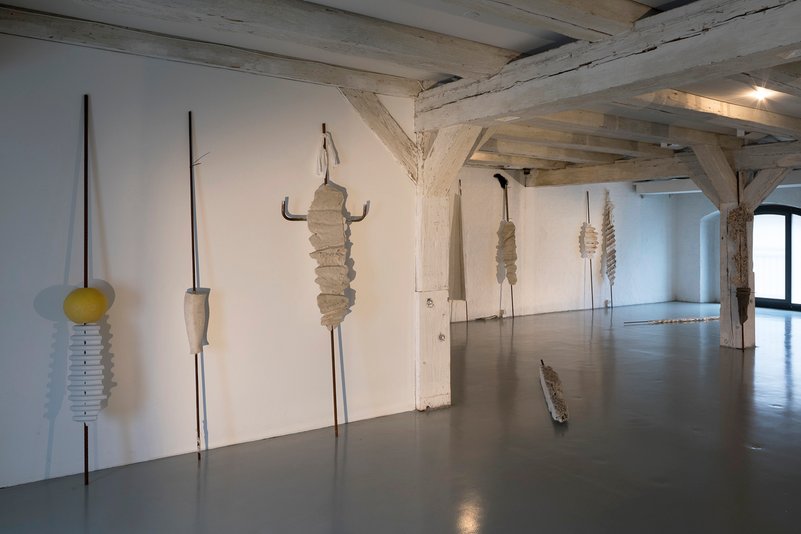 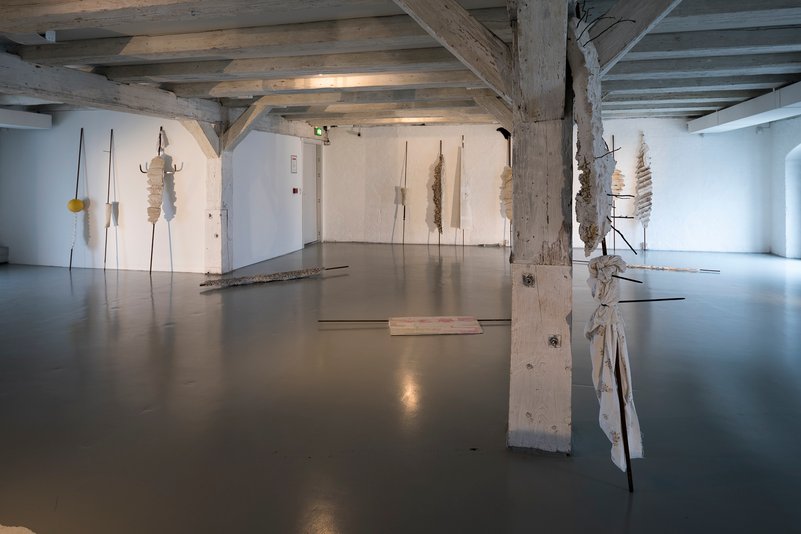 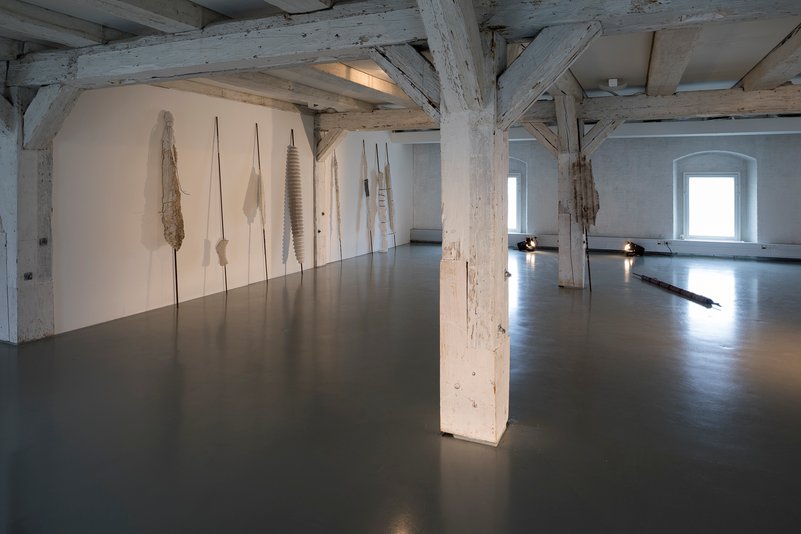